How KernelCare Helps You To Keep Your Containerized Workloads Secure 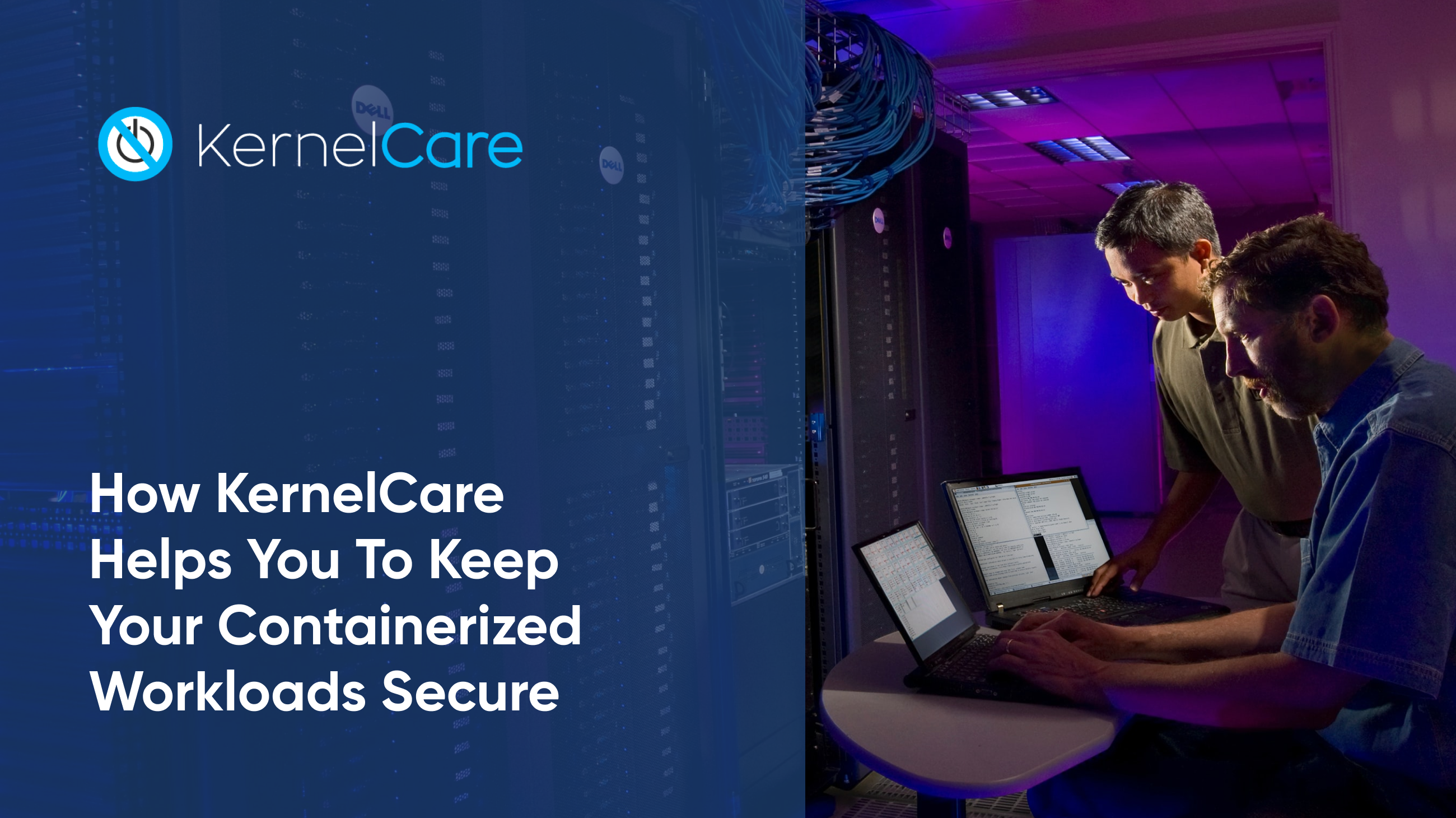 Hold on. What Is A Containerized Workload?

From Virtualization To Containerization

By consequence, a containerized workload refers to an environment where the applications that support enterprise requirements are running in isolated containers inside of a host operating system.

How Containers Are Used In The Enterprise

You might guess that isolating applications inside of containers provide benefits in terms of security and stability, and you would be right. However, the benefits of containerization go far beyond that.

This brings us to a key benefit of containerization that goes beyond application security and stability: containers are intrinsically portable. It leads to several important advantages for enterprise applications:

Containerization extends and amplifies the benefits of virtualization. Enterprise users gain unprecedented levels of scalability and manageability when applications are deployed via standardized containers.

The Relation Between Containers And The Host

Containers are a sea change in the way applications are deployed, however, and from a practical and indeed a security viewpoint, it is helpful to get a view of the relationship between a container, and its host.

While it is true that containers run in an isolated fashion, it is important to understand that containers also share components. Doing so eliminates the overhead of running a separate operating system for every application in a container.

The ability of containers to run in such an isolated fashion stems from a few core Linux features that are used by container platforms (e.g. Docker) to enforce isolation. Kernel namespaces and cgroups facilitate the ability of independent containers to all share the same Linux host.

It is clear that containers deliver a high level of isolation, which in turn delivers a degree of protection – threats can’t propagate from one application to another all that easily.

However, due to the sharing of resources inherent to containerized workloads, containers remain vulnerable – and can indeed introduce new vulnerabilities that organizations must watch out for. Let’s take a look at a few examples:

So, while applications are isolated, the isolation mechanism – containers – bring their own security risks to the table and enterprises need to manage their containerized workloads in a way that mitigates these security risks.

The shared components of containers clearly lead to security risks. But arguably the biggest security risk for containerized application is the shared OS kernel. The security risks posed by the host kernel essentially hides in plain sight.

Remember: every container in a host shares the same operating system kernel. There is a risk that organizations may misunderstand the isolation and therefore security benefits of containerisation by neglected to factor in the risks posed by a shared OS kernel.

However, once the OS kernel is compromised, the application inside the container can also be compromised. And we know that OS kernels have a long track record of leading to security breaches of all shapes and sizes.

The Problem With Patching Kernels

Patching should be a no-brainer: it’s a simple security measure that significantly boosts your container security. Yet patching consistently can be very difficult:

Clearly, one of the biggest security risks for containerized workloads is, in fact, very difficult to manage consistently.

Patching automation is the first step to successfully reduce the risks of kernel vulnerabilities under containerized workloads. Another critical step is live kernel patching: the ability to update the OS kernel without requiring a server restart. KernelCare live patching offers both.

Enterprises that manage containerized workloads can use KernelCare to ensure that the kernels in their container hosts are consistently patched, and patched without disruption. It is simple to do so: simply install KernelCare the way you normally would.

In short, KernelCare is an efficient and practical way to handle one of the biggest security risks associated with containerization.

Other Tips For Container Kernel Security

Before we conclude the article we’ll touch on a few other points worth considering when keeping your container host’s kernel secure. Yes, patching is critical, but you should also consider the following points – most of which are simply just good practice for server security:

Containerization is transforming enterprise application workloads by reducing the cost of infrastructure, speeding up the process of rolling out applications, and introducing unprecedented flexibility and scalability.

However, running applications inside of containers also bring unique security risks that may not be immediately obvious. Kernel security and patching is one critical area that must be handled with great care.

KernelCare gives your organization the automatically update the kernels that support your containerized workloads, and to do it without the disruption and downtime associated with system restarts.